The Berlengas archipelago is  located about six miles west of  Peniche´s peninsula and consists of 4 islands, the Berlengas, the Farilhões, the Estelas and the Forcados islands. 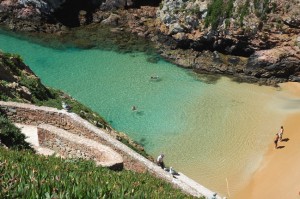 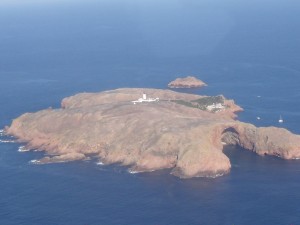 Because of its importance was recognized as Europe´s Council  Biogenetic Reserve. Protected by law since 1981, the whole Nature Reserve has an area of about 80 hectares and a marine area of about 1000 hectares. Preferred for nesting birds such as the guillemot site, the gull-winged dark., Silvery gull-billed shearwater-yellow and navy crested crow among others, its flora includes more than 804 species of which are endemic (Armeria berlengensis, berlengiana Herniaria microcephala Pulicaria, Echium rosulatum). 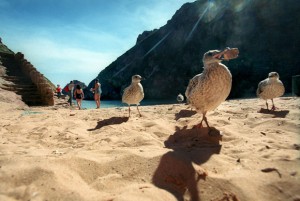 It´s a small paradise, that receives hundreds of visitors during Summer time. You can find a  very small hotel/restaurant  that must be booked months ahead.

Being a nature reserve, there are certain rules that must be followed. So is not allowed to transit off the rails and roads established, to camp outside the camping area, throw trash on the ground and on the sea, start any kind of fire, harvest any of the local flora and fauna, introduce zoological and botanical species strange to the natural environment, any sports activities likely to cause pollution or noise or the use of sound amplifiers that may disturb the quiet place.