Obidos, an intact  medieval city  preserved within its walls the dash, scale and color of these times. 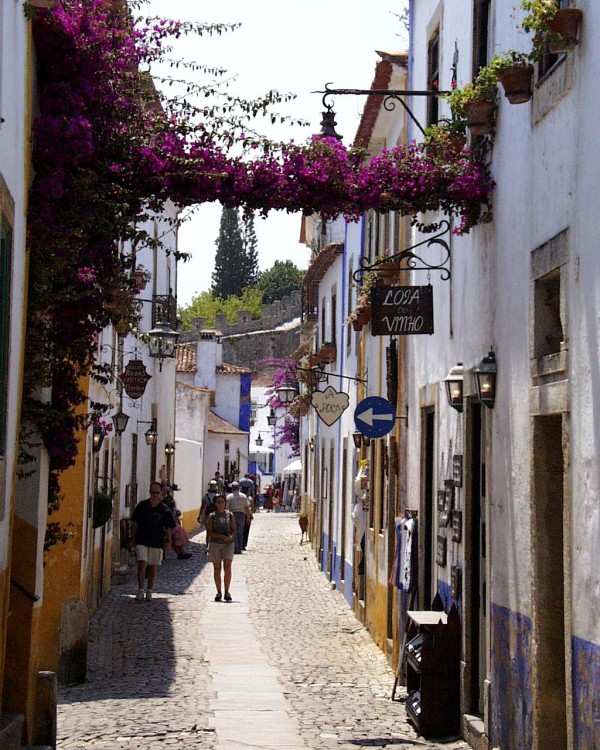 Museum town with white houses facades sober but flowering with porticos and Manueline aristocratic windows all lined winding streets, sometimes surmounted by arcades, interrupted by other small squares that give the guard jewelry Portuguese civil and religious architecture. The Church of Mercy (XV century), the Church of St. Peter (XVIII) and the St. Martin Chapel (XIV century) are just a few examples among many others that focus on the small area of the borough.

The Royal Palace and the perimeter walls of the castle which overlooks the Águas Livres Aqueduct, are essential. The citadel originated in castro dated 380 BC

This makes a tour of this authentic asleep town  in one of the most comforting time travel. 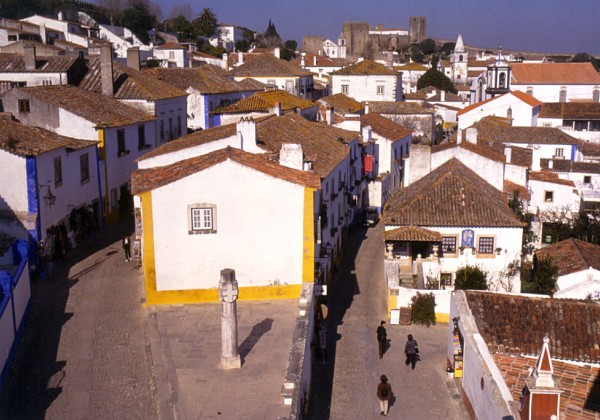 One should not fail to try the local cuisine that stands out fish stew of Obidos lagoon, which can only be accompanied by special regional wines.

Within the walls, there are many typical bars where you can enjoy a typical drink: a ginjinha.

Contrary to what one might think, the Obidos name does not derive from “obitos”, but the Latin ópido term, meaning “citadel”, “walled city”. In its vicinity stands the Roman settlement of Eburobrício.